After receiving a contract of employment, contract for bank agreements, or consumer contracts (like agreeing to updates on your Apple devices), you may breeze over an arbitration clause. They can be present in real estate agreements, and are a very common clause to put in a contract. The clause is a very important understanding between two parties in how to mediate a dispute outside of court. Arbitration clauses help mediate disputes outside of the court, where an unbiased neutral third-party is presented evidence and makes a binding decision based off of it.

You may see this, breeze by it, and not understand it. Let’s explore what makes up an arbitration clause in a contract. 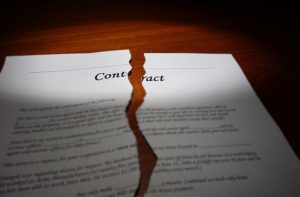 What are some of the advantages of having an arbitration clause? First, it can help reduce costs on a disagreement within a company by keeping the dispute out of court. Court can be expensive, and most mediation can be done outside the courtroom. Second, it is a lot more efficient and less time-consuming than a court hearing. Court hearings can sometimes take a while to be heard, and a disagreement may need a sense of urgency behind its decision. Finally, an arbitrator might have more knowledge about the dispute itself than a judge. A judge is well-versed in precedent and the languages of law, but might not know the ins-and-outs of a technical dispute. For example, say the dispute is occurring because of something related to your field in computer coding. An arbitrator can be hired who has very strong technical knowledge in that matter, than a judge who just understands how to make an objective decision based upon the evidence provided in front of him and the language of the contract or law. 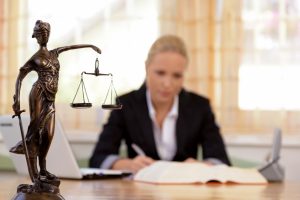 Though arbitration clauses can be a positive way to handle a dispute, they can also have drawbacks. Court rulings can be appealed and brought to a higher court, binding arbitration rulings can’t. This means you can’t challenge apart of the dispute that you felt was unfairly represented. There can also be questionable objectivity for the arbitrator, who may have a personal view on a certain side of a dispute. Arbitration hearings are also held in private, so there is a lack of transparency.

Now the question may arise: when is it necessary to hire a lawyer for an arbitration? Well, if there is a lot of money on the line, the costs of hiring a lawyer can provide you with a better chance of winning the dispute and ensuring that the money is yours. If a lawyer is not present, understanding of some contractual terms or legal jargon can hinder your ability to present a strong case to the arbitrator and ultimately win. That’s where the ADLI Law group can come in. We have a team of seasoned lawyers and litigators who are experienced and ready to challenged the the arbitration process that may have extremely contentious and expensive issues on hand. Arbitration can sometimes be more costly than litigation, and it’s important to have a solid understanding of the dispute to properly present evidence and an argument.

Visit our website today to find out about our arbitration & mediation services, as well as the many other legal services ADLI provides!